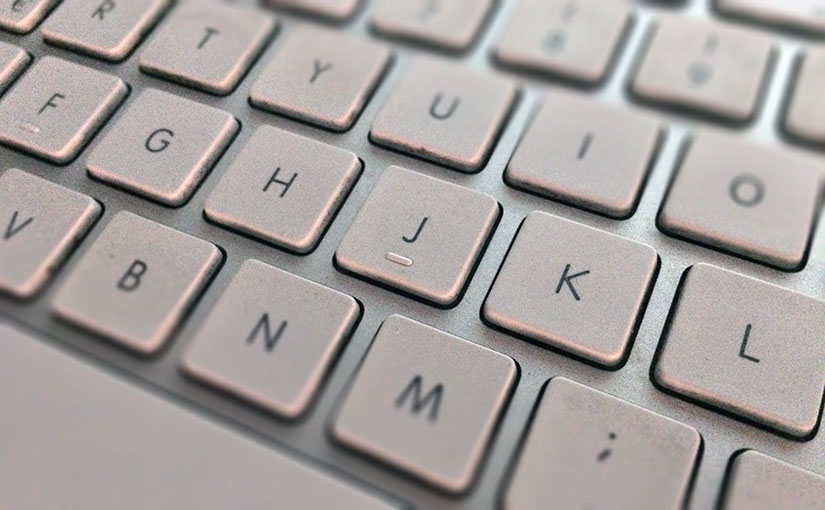 Just today I’ve received a kind email from a colleague to engage my first front end freelance project. I didn’t expected it today but I knew it was hardly impossible not to get to this point as we know the market is requesting more and more front end engineers and the available heroes are running low.

I could have tried to work on this project with my company laptop but I think it’s better to keep things separated and that’s the reason I faced the challenge to setup my environment from scratch on my domestic machine. Nothing super fancy or advanced but just the way I work or what applications make my work easier. Here we go.

First of all I realized that I hadn’t touch the terminal on my domestic computer. It was like new, no .bash lines on the file either. So first thing here was installing iTerm2 to replace the default terminal application on Mac. This comes with a lot of improvements I don’t know and I don’t use (yet) but with one huge advantage for me as I can split vertically one single window in two so I can take a look at the same time at the hot deploy and the watchers on the script I’m usually working with and an extra tab for git commands. I like the solarized dark high contrast theme. 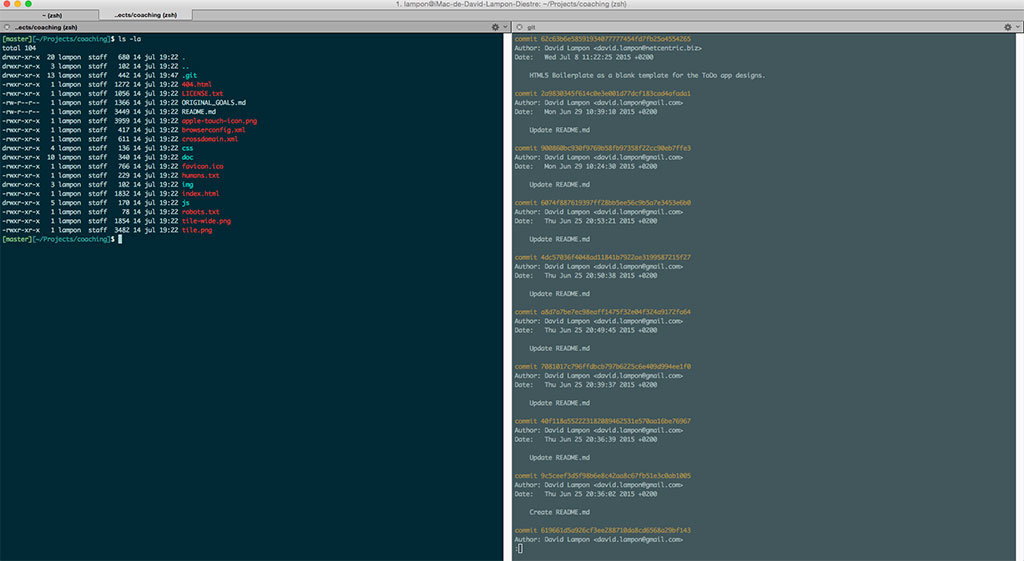 After that I change the bash itself to oh-my-zsh. Yesterday I just found out that just zsh is the bash replacer but oh-my-zsh is a framework with a lot of features out of the box. My favorites are color in the terminal and autocompletion for command history and for file browsing. I just can’t live without it.

I leave it like a is except the theme which I change to eastwood. Maybe it’s not the overall best but I’ve get used to it and now it’s the default look and feel of my terminal application.

Now that terminal is good to go, I’d like to install brew.  So useful I can’t start explaining how much you need this if you aren’t already working with it. It makes everything so easy to install, a lot like ruby gems or npm.

And after that, just to being able to start to do something I downloaded the repository for my coaching from GitHub which required me to create and install the ssh keys. Super easy. 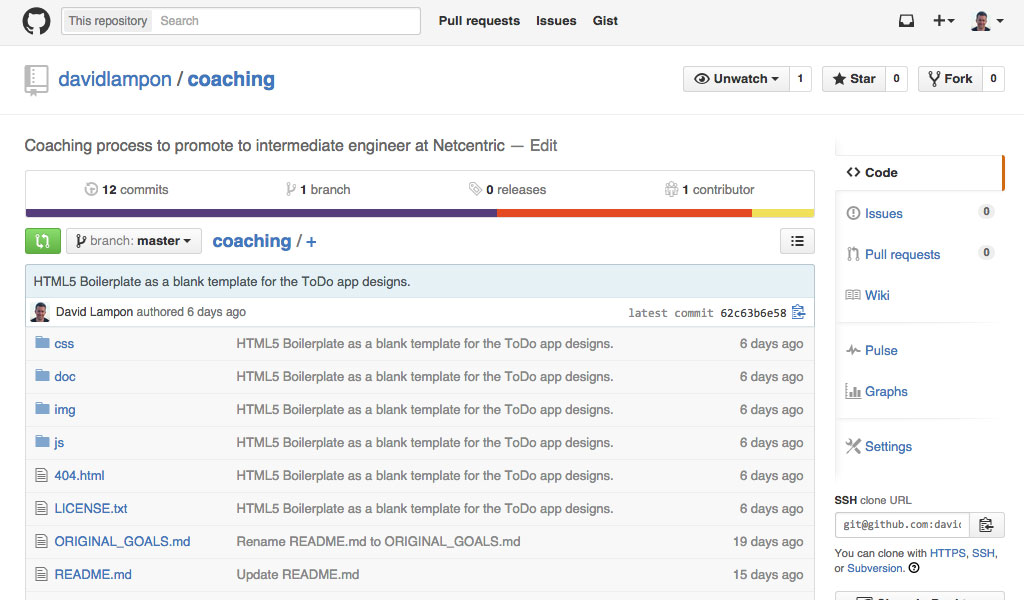 For that I use a local folder «Projects» and inside used git clone and the SSH clone url you can find on the right of every GitHub repository.

Next step for me is to install the IDE which changes every now and then. I use phpStorm/webStorm at work but at home I would prefer to go to a community free software like Atom powered by the GitHub people and which the experts says that will left Sublime Text far behind in the upcoming versions. Let’s give it a try as it looks gorgeous. 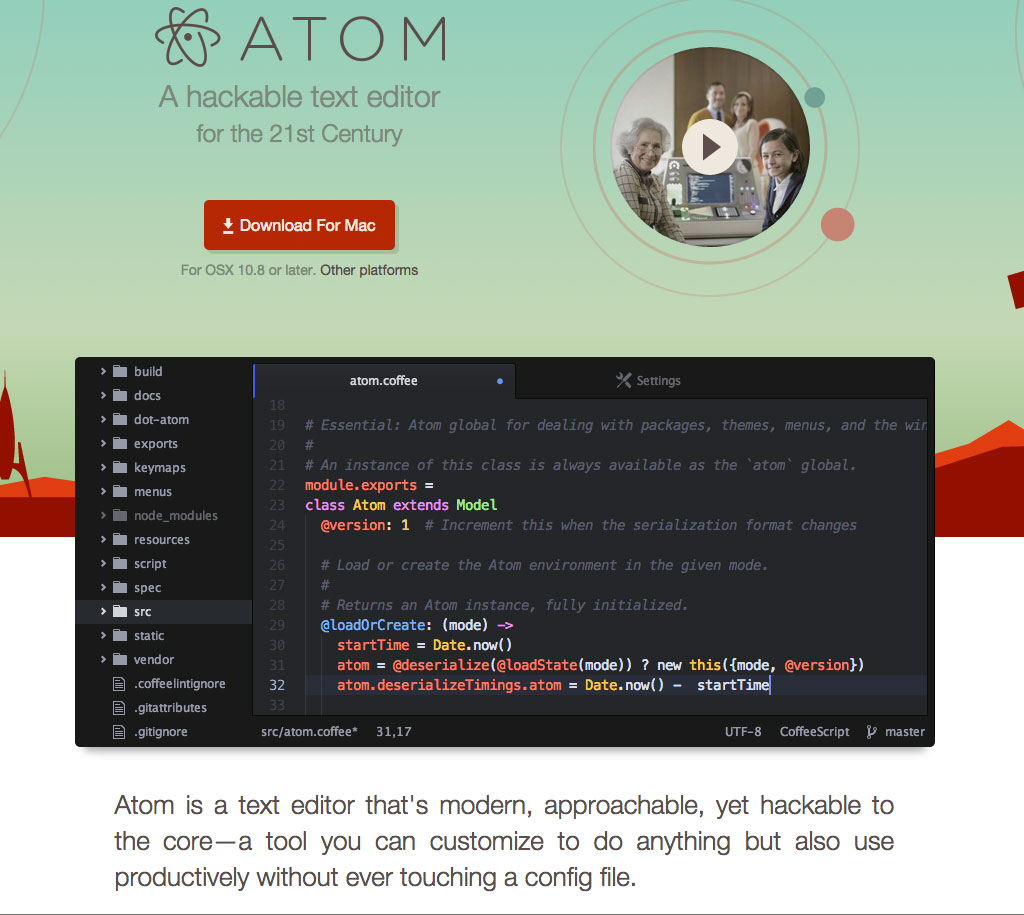 As this first project doesn’t requiere too much backend stuff I will skip the ruby env stuff which although I think I completely understand always drives me crazy.

What I will do after leaving all this set as complete is following John Papa steps not to use sudo in order to install npm packages. Using sudo is something that I believe it’s quite dangerous as you could be changing permissions or erasing files with super user permissions so I like to keep it safe and this is the best method I’ve found.

For the last step, instead of: